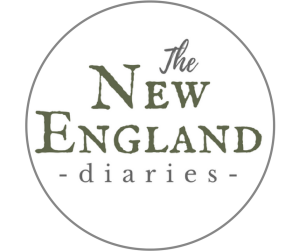 Life in The Northeast

Hello everyone! Hope you’re all doing well. It’s been a while since I last posted due partly to being on vacation with my boyfriend in Massachusetts for a week, and also due to Hurricane Matthew which threatened most of the east coast of Florida.

While visiting my family in MA, my boyfriend’s mother had called us on Thursday, the 29th to let us know about the Hurricane that had formed which could pose a threat to our flight home on the 3rd. I had checked the Southwest website for any travel advisories, and sure enough there was an alert out about Hurricane Matthew. However, since we were flying to Fort Lauderdale, the advisory didn’t affect us since the storm was still south of Florida. Our pilot did have to avoid some weather (which I’m guessing was not part of the hurricane) and that added to our flight time, but we made it home safe and sound.

For those who don’t know, I live just south of Miami and before the hurricane had made landfall, the weather stations were showing our area between the orange and red effected areas on the map (orange meaning tropical storm warning, and red meaning hurricane warning). We had prepared for the worst but were hoping for the best. We brought everything from out backyard into the house…grills, patio furniture, pool equipment, everything. We placed cinder blocks on the things we couldn’t fit indoors hoping it would weigh them down enough to not fly away. It was a job, but it’s always better to be safe than sorry. Unfortunately our home here doesn’t have storm shutters, so we sought shelter at my boyfriends sisters house (some of you may know her as Nena from YOUnfolded) since they did have them.

The storm was predicted to hit us Thursday night, so we made the decision to head to Nena’s house Thursday afternoon. We were watching movies, munching on snacks, waiting for Matthew to arrive. We kept opening the front door every now and then to see how things were outside…but from Thursday night into Friday morning all we had gotten was a little rain and a couple strong gusts of wind. The storm practically avoided us, but we are well aware that those in northern Florida, Georgia, The Carolinas, Cuba, The Bahamas, and especially Haiti did not have the same luck. They were hit, and were hit hard 😦 We’re keeping all of those affected by this super-storm in our thoughts. ABC has compiled a list of charities and non-profit organizations who have begun relief efforts for those affected by the storm in Haiti. If you would like to view this list and learn more about how you can help, please click here.

As far as future posts go, I’m not sure when I will be posting but it will be soon. Halloween is approaching so I would love to create some fun Halloween treats or more Autumn-inspired recipes. I’ve had some cute Halloween cupcake toppers in my pantry since last Halloween that I’d love to use, so perhaps a cupcake recipe will be coming your way 🙂 For now, I’m just taking it easy. It’s been a crazy couple weeks…